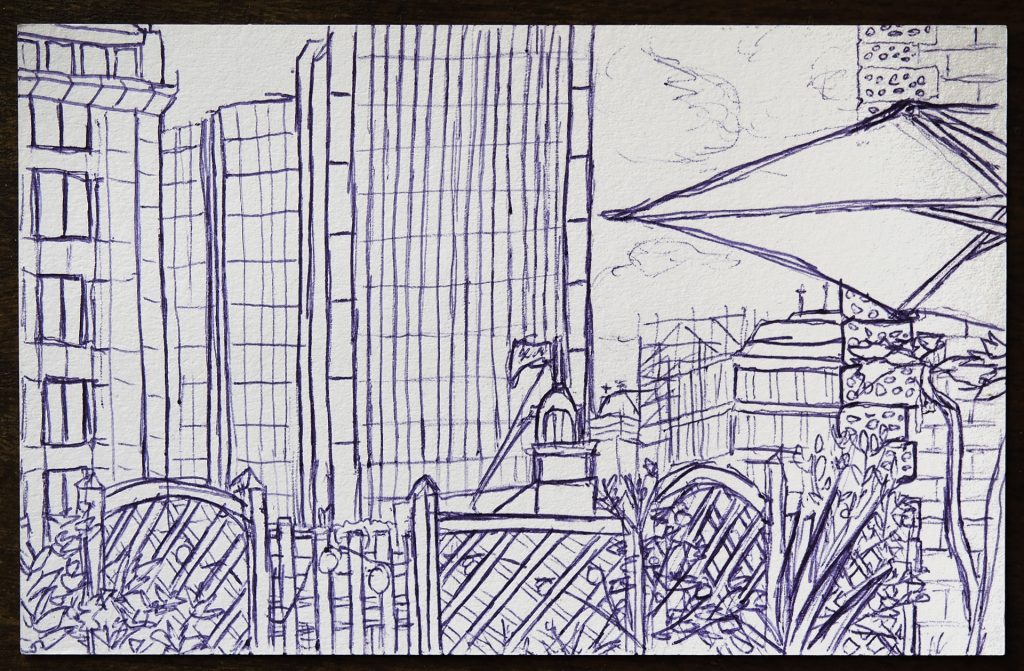 The Three Tuns is an old bar in an unusual space in Aldgate. According to whatpub.com there’s been a pub on the site since the 1700s, and it has part of old Londinium’s Roman wall running through its beer cellar. ‘Has Roman wall’ is now one of my criteria for a good pub.

The venue is laid out more vertically than you might typically encounter, with the main pub downstairs on one street entrance, a terrace above it and off to the side, a dining room above that, and a rooftop garden for summer. That makes at least four stories, though I wouldn’t be surprised if there were little service doors leading off to half levels. A pokey stairway winds its way up, not bothered by any sort of symmetry. 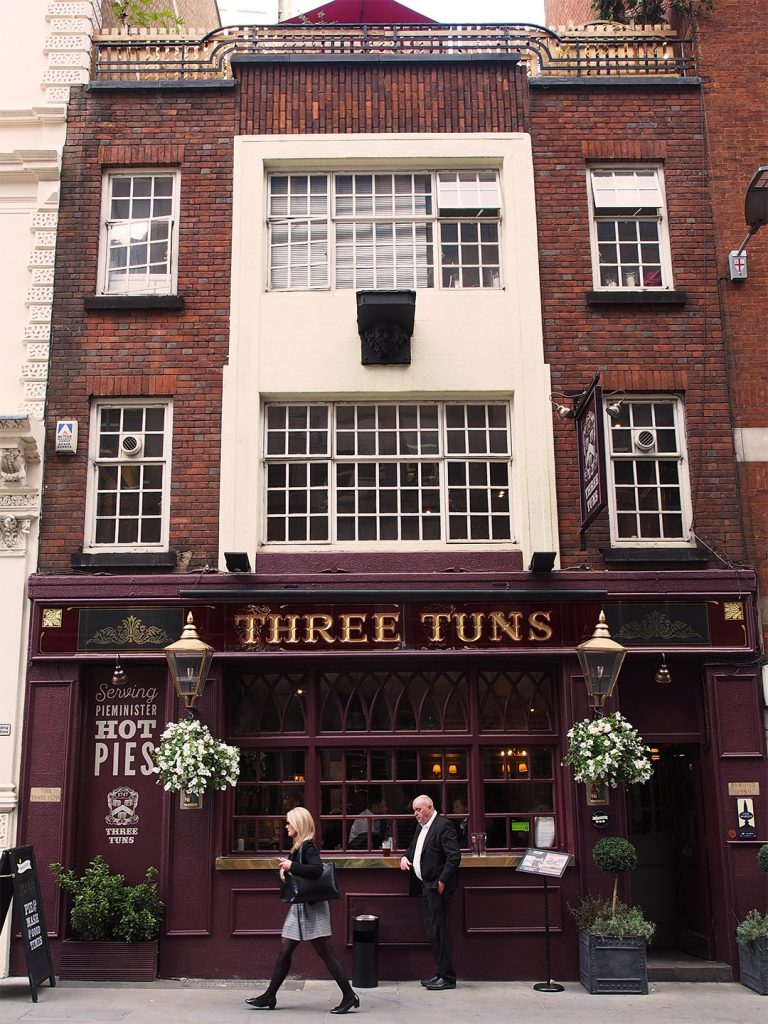 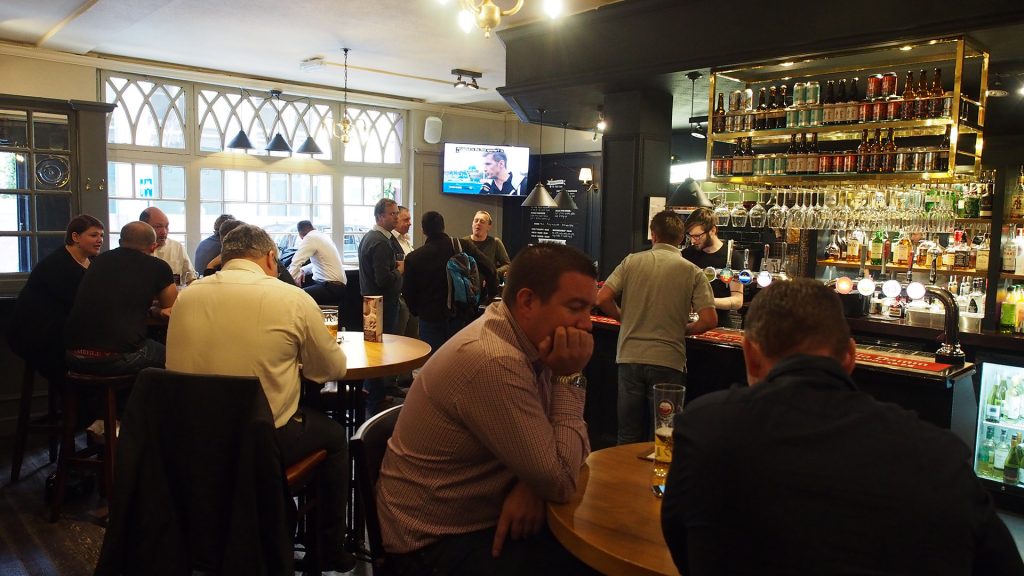 There is a nice selection of draught beers, with some small batch guest ales available – always a happy occurrence. I tried two of them, reviewed here at the end of this article, including a local one from Bethnal Green. The food is offered by pub food chain Pieminister, of which I’m a fan (we’d become acquainted at The Dog and Truck). They do a good selection of fairly tasty pies for a fairly reasonable £6, and I had a sausage roll for £2. While the price was right, my ‘roll was very dry, borderline unpalateable. It came with what I thought was tomato sauce/ketchup, but was either some weird new part-tomato, part-vinegar concoction (NB. It was not brown sauce), or very old. Shaking it didn’t change anything, and so I wept a single tear at my situation, resolving to trudge on and eat the thing regardless. I had paid £2 after all. 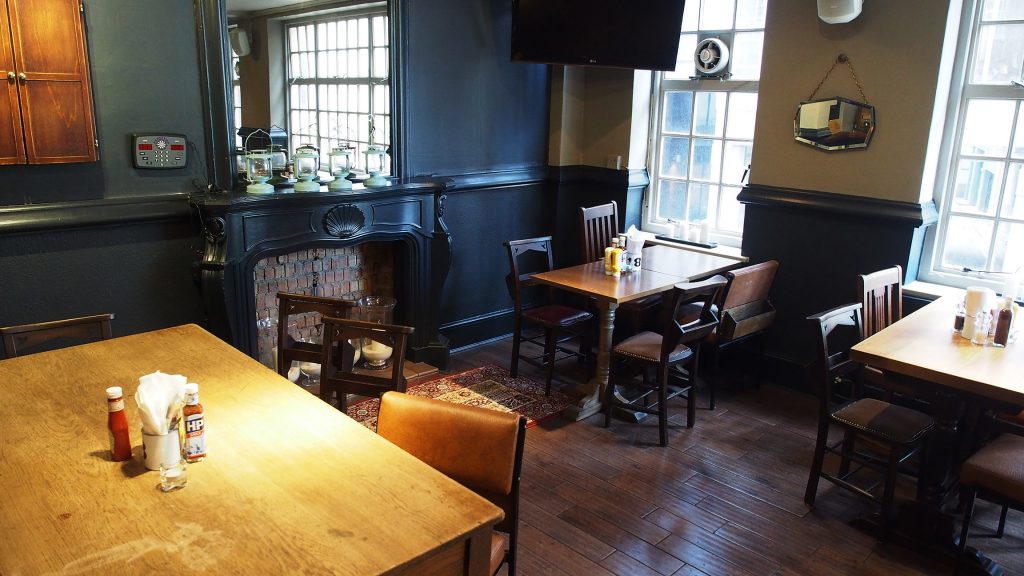 The general décor is a bit on the bland side – the place was renovated last year, but aside from a few caricature sketches in the stairwell of who I presume are either staff or locals, there wasn’t much in terms of charm or flavour to distinguish it. Inside is about as generic as it gets. The pub is on the edge of the City, and its clientelle kind of match with their unadorned blues, whites and greys. 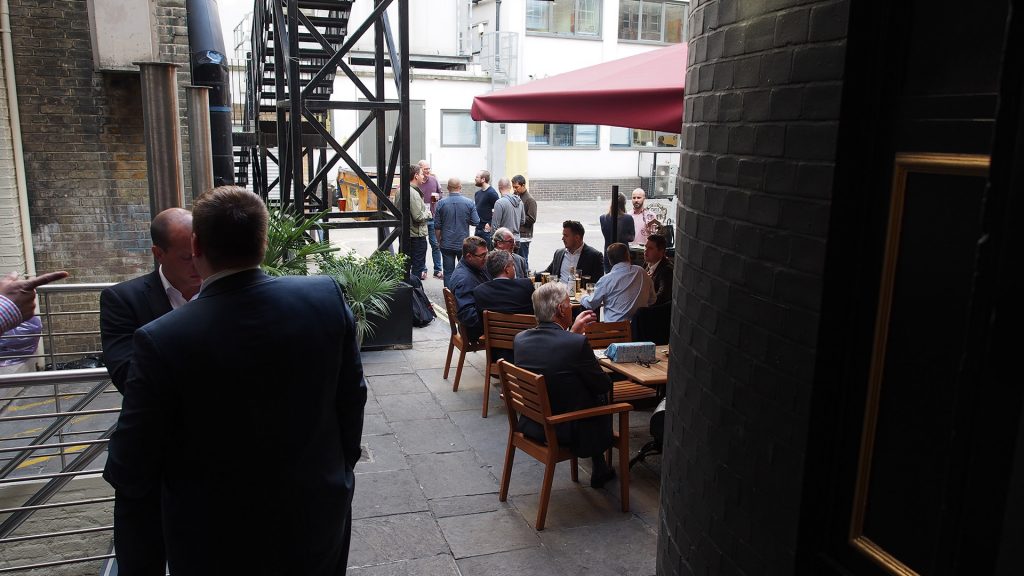 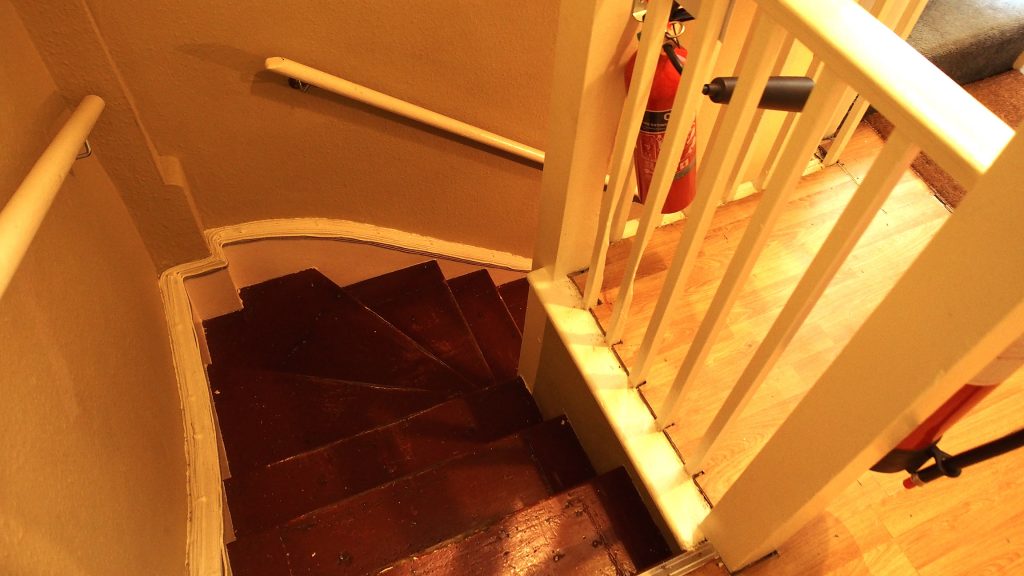 Upstairs though is where the love’s at. The rooftop garden is charming, nestled as it is between much larger buildings. Somebody has gone to a decent amount of effort with the gardening, which I certainly appreciate. 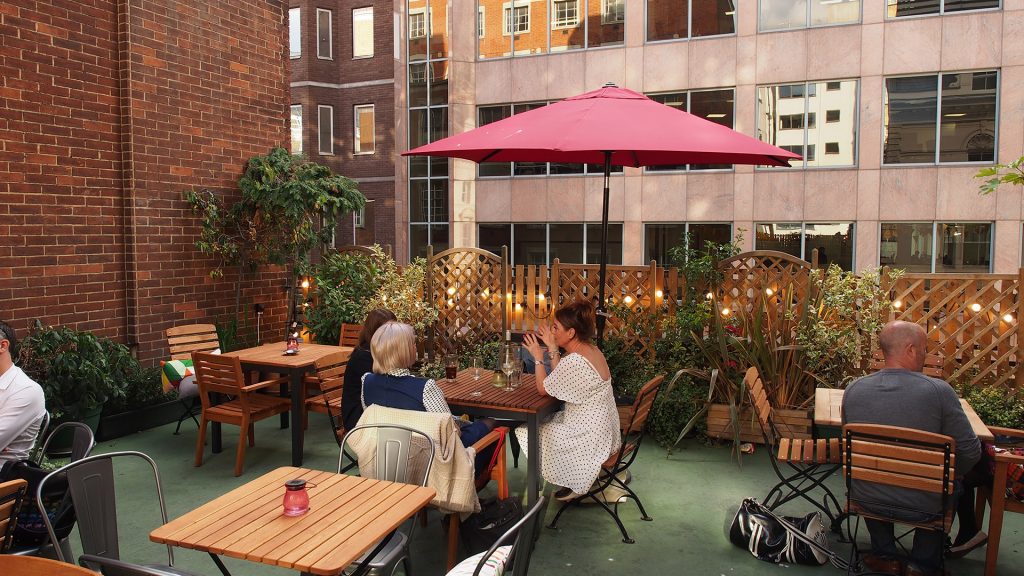 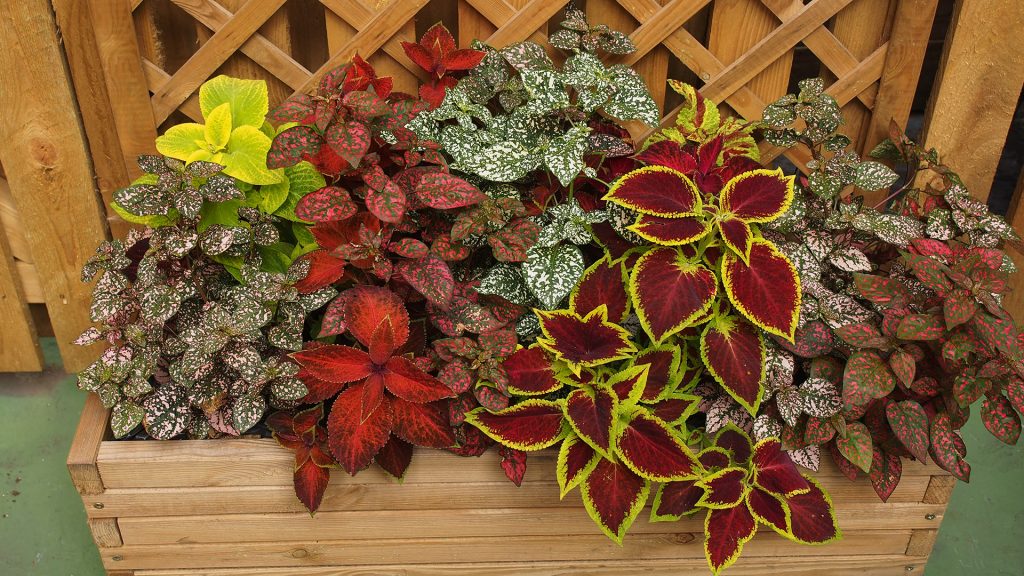 There was a planter box I found particularly appealing. It contained all these broken off bits of branches from the notoriously easy-to-strike coleus, which I of course certainly didn’t pinch myself. They’ve found their way into a glass of water and will be adorning my bathroom windowsill soon enough – a reminder, through the mad science of cloning of today’s visit. 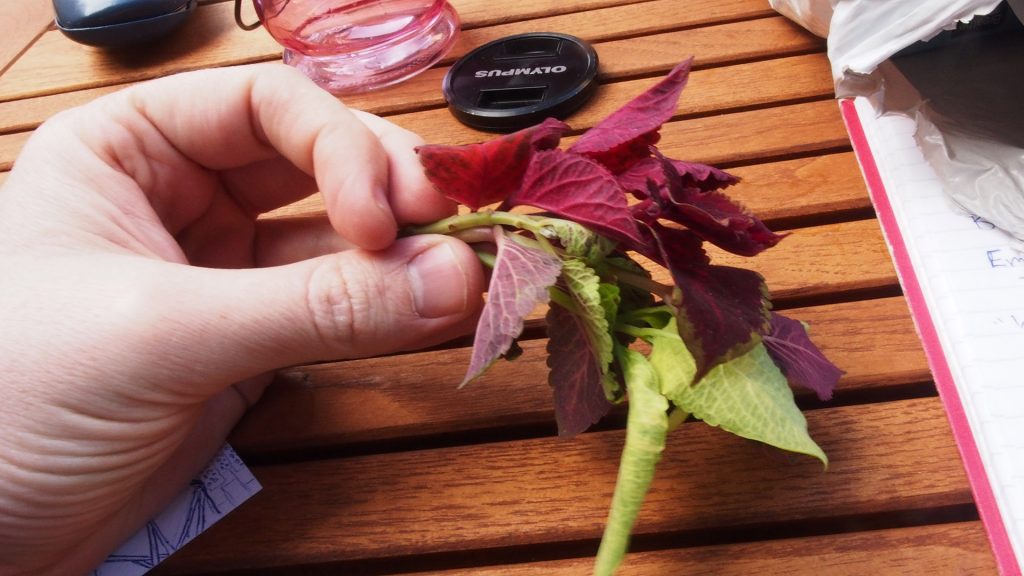 It should be noted over my frequent trips up and down four flights of stairs (to the bar, and the restrooms), I hit my head on the garden door no less than three times coming up. 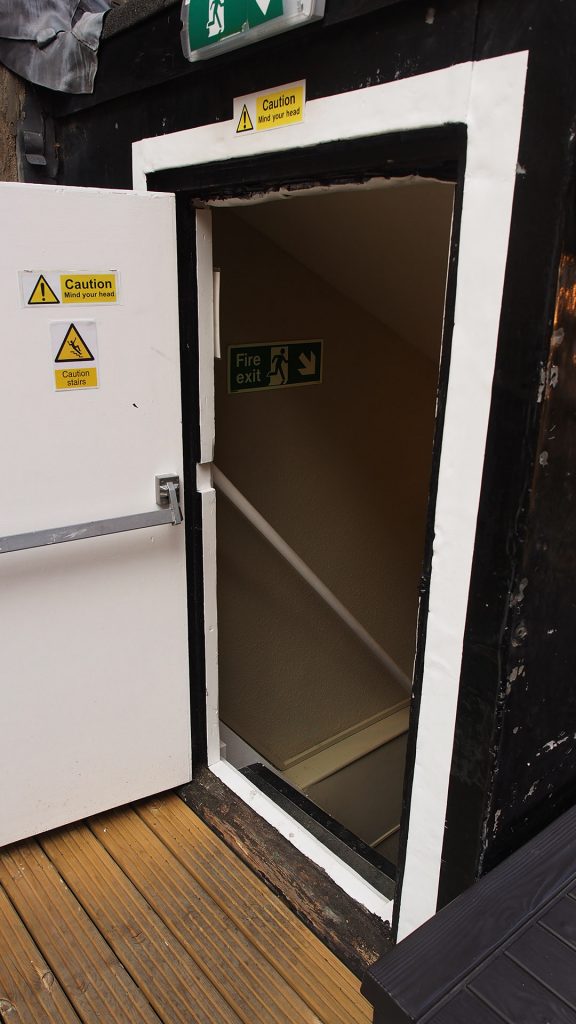 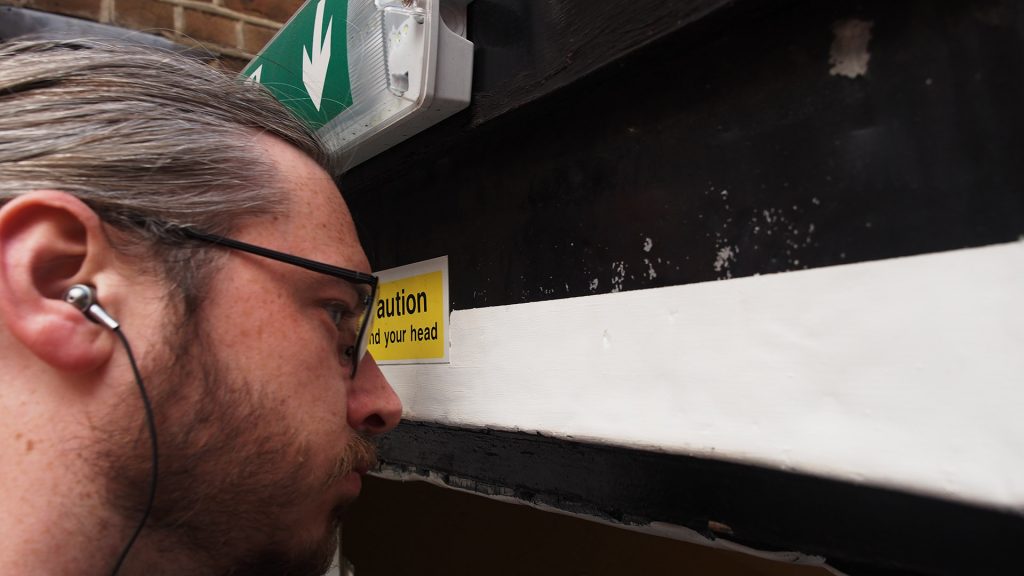 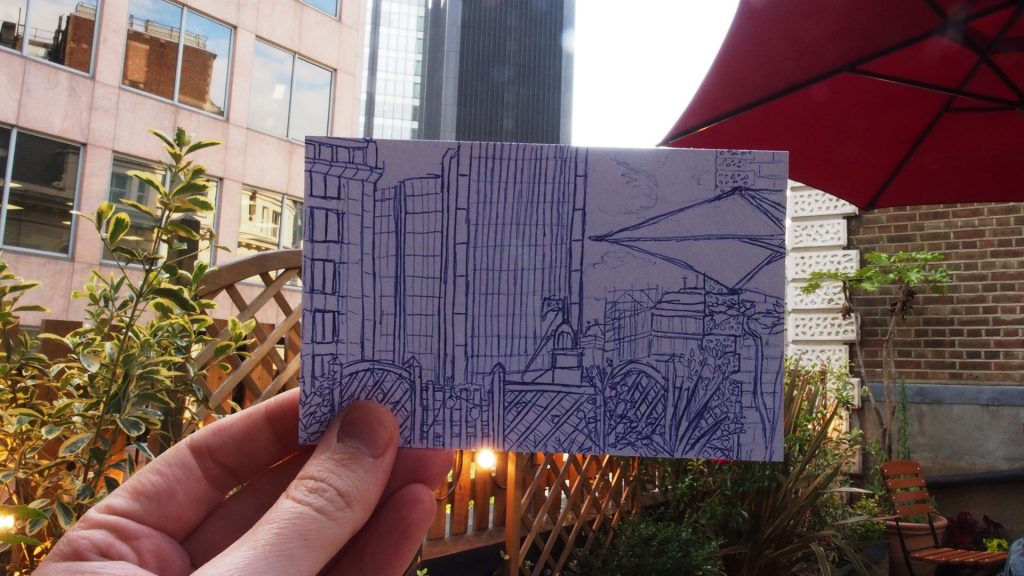 I was going to stay for a third beer, but someone at the table next to me started smoking, so I leftl. The curse of being outdoors at a British pub on a Summer’s day. 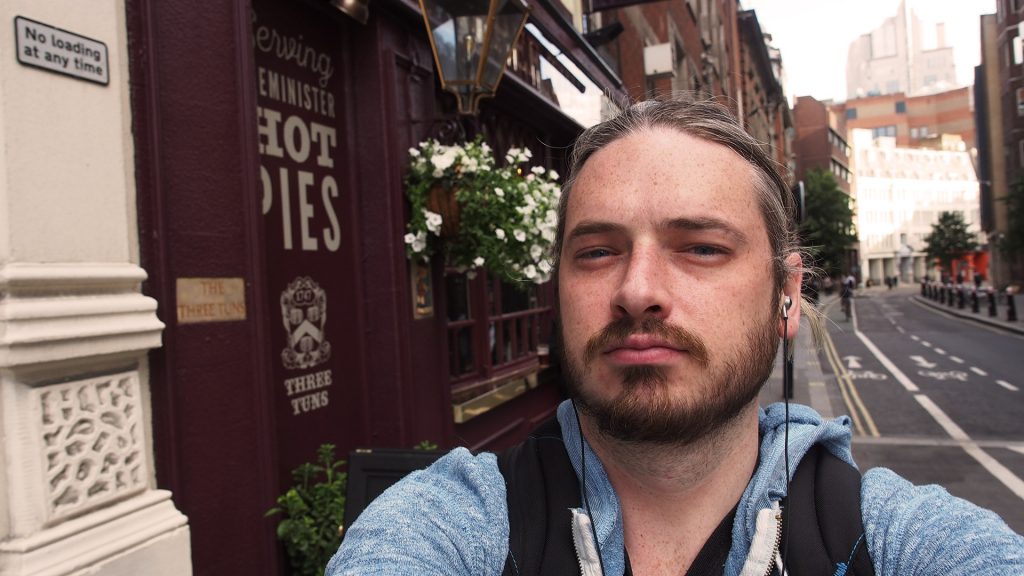 I was excited to try this as it’s probably the closest brewery to where I live. My note describes it as ‘hoppy as fuck’, one of those American-style attempts at distinctiveness where excessive hops seem like a substitute for personality or complexity. It was very bitter to taste, with an ashy aftertaste akin to making out with a smoker, and a slight sudsiness. As I drank more and my mouth acclimatised to what felt like a Nick Cave song in beer form, a little bit of fruitiness came through. Generally though, this one wasn’t for me. It probably wasn’t the best choice for an at-the-time warm summer’s day (though naturally the sun disappeared 20 mins later), and I’m probably thrown off by the fact that I still expect IPAs to be on the cold side – however, I think the beer was a little too warm for me to enjoy it, and a little too hoppy. Noppey for me.

Not a lot to say here. It was a bit on the sour side, though reasonably inoffensive, with not a lot of depth. Tasted slightly weak to me.