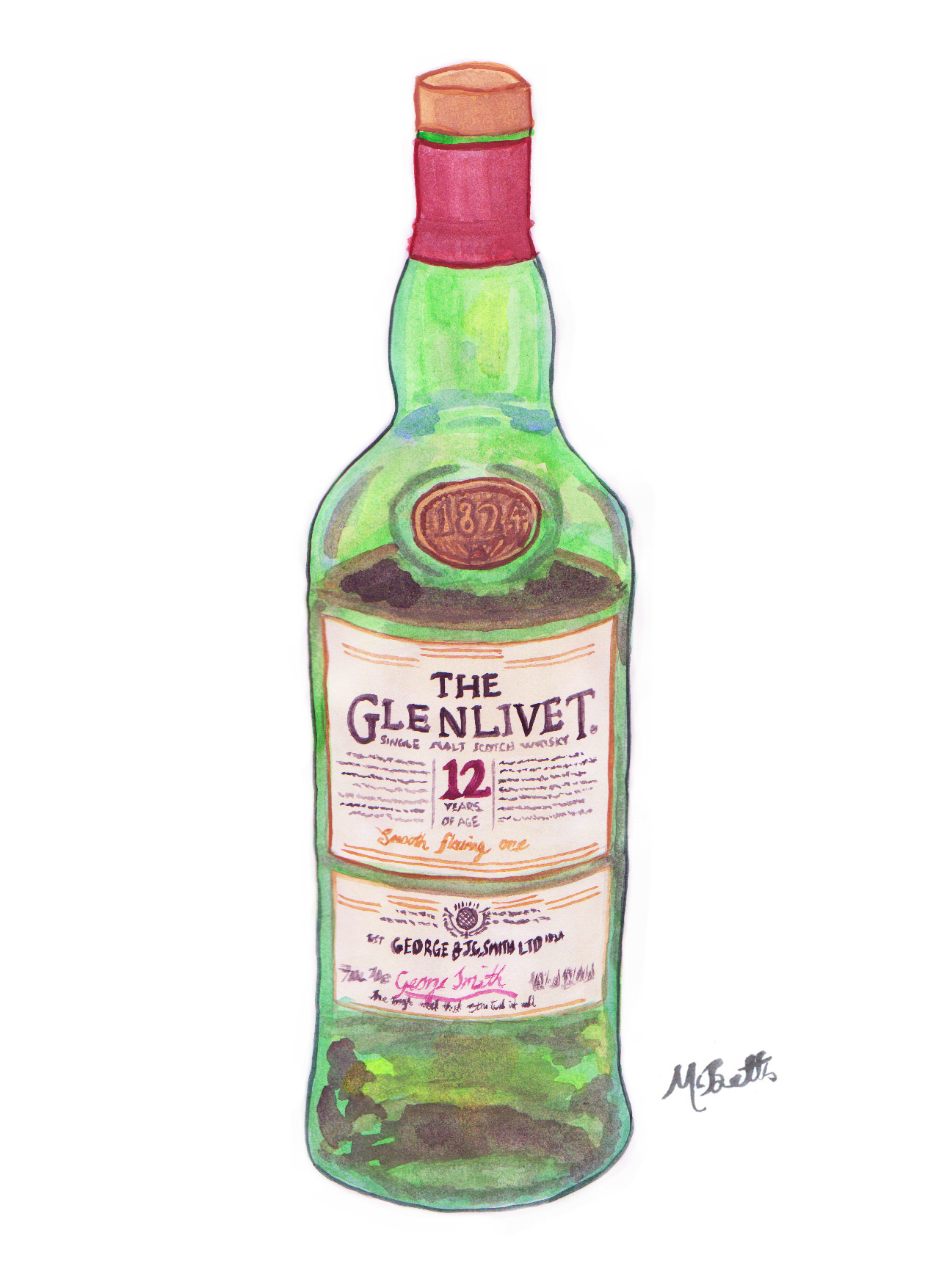 The Glenlivet 12 Year Old is the workhorse of the whisky world. Ubiquitous and reliable, it may not be the most glamorous or impressive dram available today, but all whisky collections should be built upon the sturdy foundations of this old faithful.

Though safe and perhaps conservative by today’s standards, many moons ago the Glenlivet 12 epitomised sexy, a legend in its time. It reminds me of Chanel #5 – long since achieved the status of icon, these days it’s more likely to be rocked by septuagenarians*.

It’s fitting then, that the nose conjures up the septuagenarian diet: wine gums and jubes. My gods old people love their lollies.

The taste is toffee apples and marmalade; the slight tartness of orange peel offsetting any overwhelming sweetness, and imparting a delicious complexity.

Liquorice announces its presence for the finish, but leaves without making too much of a scene. It’s a faintly theatrical echo, a lingering whisp of a bygone era, a phantom memory – which I guess is a nice way of saying it’s pretty weak. It doesn’t really matter though – it tastes so agreeable, I find there’s not much time spent lingering between sips.

I’ll always have a place in my heart for the Glenlivet 12, and on my shelf. It may not be such a sexy drop these days, but it maintains its charms and hidden quirks. I’d totally still tap that. In fact I do, regularly. It’s my ‘go to’ – when somebody says “whisky”, the Glenlivet 12 is what comes to mind. It’s my baseline by which I compare all other whiskies.

It’s also one of the cheapest single malts available, and absolutely unbeatable value for the price**. You will never not find a bottle of it around my house.

Try it if you enjoy: Labradors, Marilyn, antique clocks

*Not meaning to imply septuagenarians can’t flaunt it. Keep on spritzing, Beryl you naughty minx you! x

**By single malt whisky standards, of course. It ain’t cheap bein’ classy, but it is often sobering*** to go “is a bottle of this worth three bottles of Glenlivet?”

"This deck of cards is a little frayed around the edges, but then again, so am I, and I've got fewer suits..."
- Manny Calavera, Grim Fandango