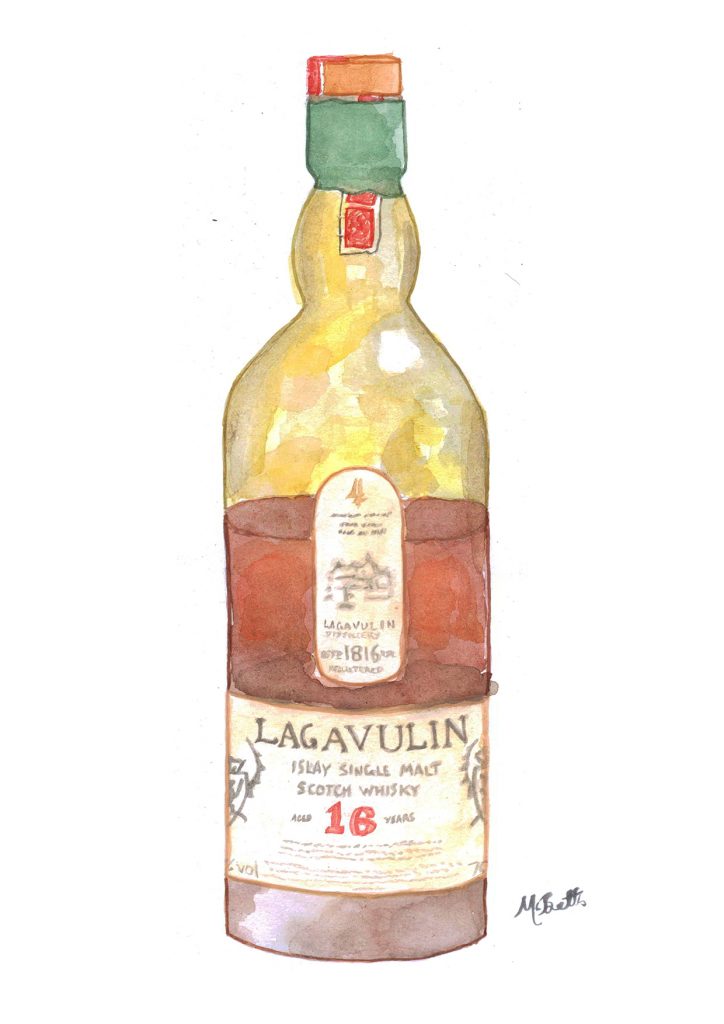 It’s a curious thing, sudden popularity. When the fickle, capricious fates grace (curse) something by anointing it as ‘in’, sometimes there’s not even enough time to ask ‘why’ before it’s all over: out the door; in front of the velvet rope; lying face down in the gutter with a busted lip; and everyone’s all like ‘hey – remember when <transitory artefact of fad worship> was a thing?”

Well, there are some who say single malt whisky’s in that place right now*. You can’t knock on a basement door down a dark alley these days without accidentally stumbling upon a small funky bar boasting an “impressive selection of single malt Scotch whiskies” (at exorbitant prices of course.) New distilleries are opening and massively increasing production, literally, by the still-load.

And that’s cool because, wooooooop! More whisky! More availability! More people to impress annoy by being all “I was totally drinking the stuff before it was a thing.”

But it’s also weird. Because, today, in 2014, something that’s 198 years old is, in repudiation of the 1980s and 1990s, totally a thing. That something is Lagavulin, and their standard 16 Year Old expression.

The Lagavulin 16 is one of a handful of whiskies that currently operate as a conspicuous shorthand for ‘hey – I’m serious about my whisky**.’ It ticks all the boxes – pricey (but not prohibitively), Islay, heavily smoked/peated, and, in a remarkable (and I’m naïve enough to believe genuine) marketing coup, has the strongest, most unabashed endorsement from Parks and Recreation’s Ron Swanson. Oh, and it tastes absolutely lovely (but I’ll get to that).

At present, I can’t talk about Lagavulin without referencing the character of Ron Swanson, the cantankerous, moustachio’d, hyper-masculine elephant in the room***. Despite me being a fan and _________ visited Lagavulin some time before Swanson and the Lagavulin 16 ever shared the screen**** (let alone Season 6 where he also literally visits the distillery – not a Chris Traeger ‘literally’ – a literal ‘literally’), a recent bout of binge watching means I can’t approach the whisky in its own right without thinking about the character.

That’s not necessarily a bad thing. In many ways, Ron Swanson is a perfect personification of the Lagavulin 16.

Is this going to be a lazy analogy? Probably. But let explain.

The Lagavulin 16 is a strong whisky. Its nose is a bit like shave cream. Its unforgettable, lingering finish plays out like smouldering coals. It’s the type of whisky people swear will put hairs on your chest. They’re wrong though. (I’ve counted mine. I only have nine. They have names.) It is, nonetheless, a richly evocative, and unforgettable dram.

Now, it would be idiotic and pointless to gender a whisky as ‘masculine’. In addition to the fact that tastebuds don’t care whose tongue they’re attached to, there’s a lot more going on than broad clichés and stereotypes could ever reveal.

To begin with, though there’s some tobacco present on the nose, you can’t actually get much of the trademark smoke from it. Similarly, there are salted notes and burnt toffee, but they’re light, rather than dominant. Much of the body actually comes from greener scents: grass clippings mixed with the sweetness of apple pie and rockmelon. At this point it’s more Springsteen than Swanson.

On the tongue it’s fresh, menthol, sweet even. One of the interesting things about the Lagavulin 16 is that, like Caol Ila, the physicality of the whisky is so light for what it is – it swishes around your tongue. This stands in marked contrast to the heavy oils in Ardbeg and Laphroaig, which feel much thicker in your mouth. The first instant your tongue touches the Lagavulin all seems normal. With each passing second though you can start to feel what’s coming, as the peat makes its presence known. This, however, is the slightest shadow of what happens when you swallow…

The finish is pure magic. It begins like someone’s pulled the hood off of a flare, erupting suddenly with a flash of brilliance.

The tobacco’s back in a big way, and it’s wet, and it’s chewy. It is in fact the tobaccoiest whisky I’ve come across.

Remarkably, the finish is as steely and consistent as a Ron Swanson stare. It doesn’t fade. It just goes on. After that initial flash, the Lagavulin 16 goes on the slow burn. It sustains the warmth of gently glowing coals, smokey and mellow. Minutes later, when that warmth has subsided, you can still taste it, still feel it. The charcoal has burnt through to white ash, but it’s unmistakable.

And here’s my favourite thing about the Lagavulin, which also makes for a wonderful Ron Swanson analogy. Despite that great flash of ignition, from the nose to the finish, the Lagavulin 16 is a surprisingly graceful whisky. It’s not brash or boisterous. It’s complex, and it’s subtle. If I were to be lazy and call it masculine, it’s the masculinity and strength of a ballet dancer.

The Lagavulin 16, as you may have guessed from this review, is a regular fixture on my shelf. Fortunately, it’s quite often on sale, and you can be lucky enough to pick up a bottle of it for AU $70 (more frequently AU $80) instead of its RRP of $110.

Ron appreciates the poetry of the Lagavulin. The ultimate irony is that, for the time being, the Lagavulin 16 is much more likely to be enjoyed by a Tom Haverford.

Drink it if you enjoy option a: Cabins in woods, lathes, spit roasts (charred), moustaches

Drink it if you enjoy option b: letting the ladies or gentlemen know you know ‘what’s up’

**In my world, most conversations follow the format of “hey – <independent clause>”

***Did I just make a Republican pun?!