Things that made me think. Society, complexity, pretties. 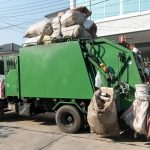 Is it time to rethink recycling? by Amy Westervelt, Vox [2000 word article] – interesting article about moves to shift the responsibility of recycling and packaging from governments to manufacturers. It makes a lot of sense, especially here in the UK where everything is wrapped in unnecessary layers of plastic. Like carbon emissions, it’s an abstracted cost that is ignored because of market failures. 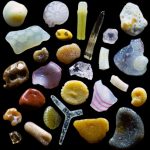 This Is How Sand Looks Magnified Up To 300 Times on Bored Panda [Scrolling gallery] – obviously carefully curated, but so, so pretty. 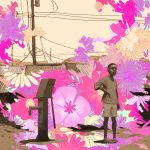 The Reductive Seduction of Other People’s Problems by Courtney Martin, Medium [2000 words] – “If you’re young, privileged, and interested in creating a life of meaning, of course you’d be attracted to solving problems that seem urgent and readily solvable. Of course you’d want to apply for prestigious fellowships that mark you as an ambitious altruist among your peers. Of course you’d want to fly on planes to exotic locations with, importantly, exotic problems.” – On altruism tourism. An appropriately nuanced take on a complex issue. 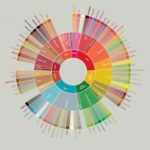 Reinventing the (Flavor) Wheel: Industry Collaborates to Identify Coffee Flavor Attributes  by the Specialty Coffee Association of America [infographic] – pretty damn cool, both from a data vis perspective, but also for me as a whisky taster. I’ve seen a few pieces now on the science and sociology of smell (ie. particularly the lack of a developed framework to discuss it), and it’s interesting to note. This links to an article explaining how it came about, but it’s a very dry piece of PR. The actual graphic is linked to at the top of the article. 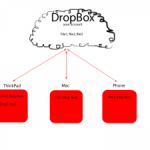 Dropbox is Not a Backup Service by Scott Claybrook, Tech Thoughts [600 word article] – a shortie but a goodie. I’m guilty of relying on Dropbox as backup, and was fortunate enough to get most of my files back from Dropbox after I accidentally dropped my last laptop off a balcony (long story.) However, it’s very easy for things to be deleted – accidentally or maliciously, without you knowing. This article prompted me to make an external drive backup of my files, and now I feel like a superior human being. I know you’re supposed to have three copies, but it’s a start… 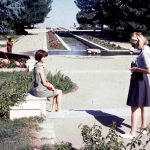 Remembering 1960s Afghanistan, the photographs of Bill Podlich by Patrick Taylor and Peg Podlich, Denver Post [Scrolling gallery + 2000 words] – The world is a complex place. I don’t know nearly enough about history, and other places, but these are fascinating. A series of photos taken by an academic with UNESCO, captioned by his daughter. Such a Mad Men vibe in some of them. There are more photos maintained by the family at PBase. 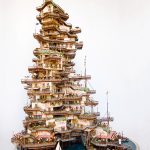 Interview: Takanori Aiba’s Incredible Dream-Like Models of Faraway Lands by Alice Yoo, My Modern Met [scrolling gallery and 500 word interview] – What it says on the tin. Appeals to the Warhammer terrain builder in me. Man, I suddenly feel like building another half-timbered house.
‘Cool’ London is Dead, and the Rich Kids are to Blame 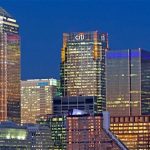 by Alex Proud, The Telegraph [1500 word article] – This article is a couple of years old, but the fires are still burning. I’m endlessly fascinated by these debates – London feels like the centre of the world sometimes, like this heaving, contorted mass off energy, trying to figure out what the fuck is going on. For the record, here’s the counterpoint. 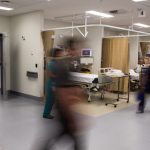 ‘The day I meet you in the emergency department will probably be one of the worst of your life’ by Dr Ashleigh Witt, Sydney Morning Herald [1300 word article] – This is an incredibly moving account of a young doctor’s experience of working in geriatric care, and how important it is to have an Advanced Care Plan (ie. at what point do you let go?) The interspersed lines of conversation are… powerful. Can’t recommend this article enough.

You’ll Never Live Like Common People by Alex Andreou, New Statesman [100 word article] – a short article about homelessness, from someone who’s been there. It amazes me how for many, being homeless isn’t as far away as we think. It feels like it could never happen to you, but as this story points out, a lot of people live just a few bad weeks away from it. I’ve never really come close and have a network of family and friends to support me, but I do remember spending a few weeks looking for work with no place of my own, and recognising that instability.