Here’s where I’ve been this week: 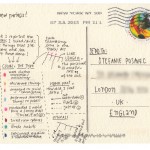 Dear Data by Giorgia Lupi and Stefanie Posavec – a brilliant project in which two designers send each other a postcard a week, transforming data from a different aspect of their lives into hand-drawn graphs.  Really pretty, a neat concept, and I’m particularly interested at the moment in ‘everyday data’ (ie. quantifying aspects of our lives.) 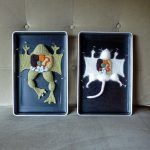 Inside Essex’s ‘Wonderhome’ in Pictures by Katherine Anne Rose,  The Guardian – John Trevillian converted a Council House: gaudy, gorgeous, tacky, beautiful, imaginative. Not for minimalists, or those trying to avoid dust. 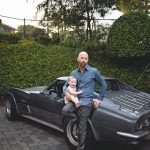 Neil Strauss: ‘My thinking was: If this woman’s going to be naked with me – I must be OK. It doesn’t last’ by Tom Lamont, The Guardian – Interesting interview and feature about the author of nefarious The Game. He has a new book coming out which basically pings his ‘pick-up artist’ motivations on various psychological disorders. What a difference a decade makes. 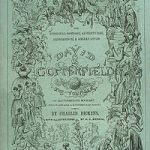 David Copperfield by Charles Dickens [766 page novel] – being in London, I’m trying to work my way through some Dickens on my eReader. Recently finished the delightful David Copperfield, which I thoroughly enjoyed (save for the occasional nauseating character.) All free from Project Guttenburg. 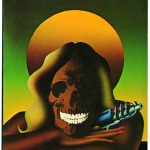 Postcards at Dawn: Colin Brush on Penguin Science Fiction by Colin Brush, Penguin by Design [annotated gallery list] – found this awesome blog by Penguin in which they discuss their book cover designs both old and new. This one has a series of historical sci-fi covers which look stunning. Check out some of their others, like the history of  Animal Farm covers. 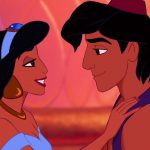 Alan Menken, Lea Salonga, and Brad Kane Reunite in this Performance of “A Whole New World” on Good Morning America [4:46 video ] – A bit sentimental, a bit wonderful. The vocal actors for Aladdin and Jasmine perform ‘A Whole New World’ 23 years later. Slightly awkward at first but then it’s pretty magic, and still brings chills. The singing starts at 2 mins so you can just skip to that. PS. Alan Menken portrayed Tucker Wells on Buffy, AKA Andrew’s brother! He also provided the signing voice for Jonathan in Superstar. Obviously these roles are what he should be famous for! 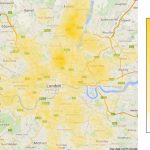 Decide Where To Live In London Using The Coffee And Chicken Method at The Londonist [summary article] – introduces Sam Floy’s heat map analysis of London which uses chicken shops and coffee shops as metrics to map gentrifying areas vs poorer areas (original post at Medium). Very relevant to my interests, thanks Jamsy for pointing it out! 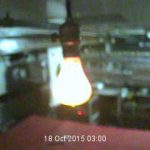 Livermore, California’s Centenial Light Bulb Cam [webcam] – this site is everything it promises to be – a live webcam that updates every 30 seconds showing you the state of the world’s longest continuously burning light bulb (114 years and 1,000,000 hours (as of June 2015)). Everything about this site is hilarious, from the concept right through the 90’s era site design. I guess if you haven’t changed your lightbulb for 100 years then 20 years for a website ain’t too bad. 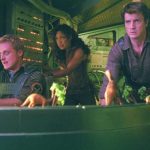 NYCC: ‘Firefly’ Cast Members Discuss Possibility of Second Season at Variety [brief article 561 words] – Ugh, don’t toy with me like that! Basically, Nathan Fillion, Alan Tudyk and Gina Tores discuss their desire to do Firefly 2. Nathan Fillion has had the most success with Castle but he’s also the most enthusiastic, so there’s hope. Plus, Joss is now Hollywood royalty, so it’s not entirely inconceivable that the stars could realign. Aaaaaaagh! 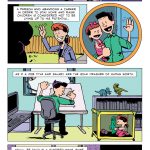 Bill Waterson – A Cartoonists’s Advice illustrated by Gavin Aung Than on Zen Pencils [single-page comic] – I’ve seen a few people linking to this on 9gag and the like claiming it’s by Bill Waterson, but only the words are. Turns out this was actually illustrated in the in homage to Calvin & Hobbes – while the words are Waterson, the art is by a Melbournian artist who illustrates interesting speeches. Worth checking out his other works.