The UX Secret That Will Ruin Apps For You 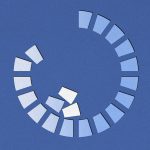 by Mark Wilson, Fastcodesign [1000 words] – Details how lots of sites can process certain functions in a split second (such as searches and comparisons), but we’re so used to waiting we get suspicious when that happens. Sites and apps introduce a fake load time of a few seconds, so that we feel like it’s actually doing something. 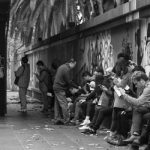 Pokémon Go and the politics of digital gaming in public by Brendan Keogh, Overland [2100 words] – a great article with the first half a ‘how did we get here’ reflection: “Pokémon Go is a perfect storm of nostalgia, branding, design concepts, pre-existing data, and established technologies”, and the second half talking about the politics of the players and the spaces they move through. Threads together a number of contemporary debates in a really thoughtful way. 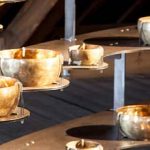 Longplayer [installation] – this is fairly incredible. In an old lighthouse in London there’s a physical device set up by artist and Pogues founder member Jem Finer to continuously play a 1000 year long musical composition. That is, this song is designed to keep going until 2999. It’s hauntingly beautiful, and the concept is just wonderful to explore. You can stream it live from the site, and find out more about it. It’s definitely on my list of places to visit!

Fight with History’s Greatest Scientists in an 8-Bit Game on The Creators Project [scrolling gallery] – some of the animated gifs from a barmy game produced by Brazilian science magazine. You can play it at Super Interessante, with English instructions available. The game is very basic and kind of frustrating, but the graphics are utterly charming, and the concept is wonderful. Drop a bunch o’ knowledge on their arses, yo. Or use Hawking’s wormhole attack. 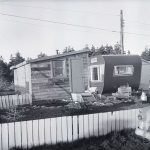 Explaining White Privilege To A Broke White Person by Gina Crosley-Corcoran on Huffington Post [1400 words] – I remember coming across this a couple of years ago and thinking it was a straightforward explanation, and her link to Peggy McIntosh’s 1988 essay The Invisible Knapsack was particularly illuminating. I’ve seen more recent explanations that liken driveler perfectly to game difficulty settings – being a white middle class male is like having the game set on ‘easy’ – doesn’t mean you’ll win or even be competitive, but there are people out there, successful and otherwise, who are playing the game on ‘hard’. 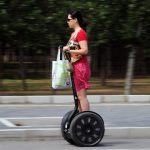 Well, That Didn’t Work: The Segway Is a Technological Marvel. Too Bad It Doesn’t Make Any Sense – by Jordon Golson, Wired [1000 words] – A fun article marrying design, UX, regulation and society. The result? A tragicomic failure of a product. 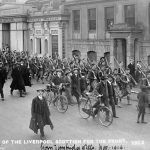 The western front in the first world war and now – interactive on The Guardian [interactive gallery] – I’m fairly captivated by then and now photography comparisons, and this one is particularly poignant. Like more recent images out of Syria, the banality of every day life in times of peace and the contrast with ruinous warzones reminds us that there’s no substantive difference between victims of wars and ourselves. One year you’re leading a normal life, another, you could be running for it. 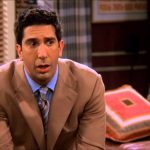 How a TV Sitcom Triggered the Downfall of Western Civilization by David Hopkins on Medium [1400 words] – less an apocalyptic biography, more an impassioned teacher’s somewhat exasperated defense of education and learning. 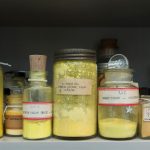 The Harvard Library That Protects The World’s Rarest Colors by Dianna Budds on Fastcodesign [1000 words] – a cool little history of colour pigments, with images and a few select interesting colours. There’s something very romantic about this collection. 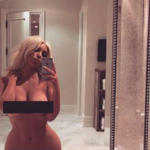 Razer: Kim Kardashian’s Moment of Righteous Feminist Candour – by Helen Razor, Daily Review [1000 words] – I bloody love Helen Razer. She combines a deeply researched academic body of knowledge with a weary cynicism, a fearless, entertaining and deadly snark, and a genuine earnestness in what she writes. Plus, she’s a mad keen gardener. There are few people whose name alone in the byline gives me a giddy sense of anticipation, but she’s one of them. I guess there’s nothing particularly stand-outish about this article from her other writing, but she’s always got an opinion worth listening to, and I think she’s one of Australia’s best voices.